You are here: Home / About Rise Community Development / The Rise Young Friends and Young Professionals Board / Jaronda Williams 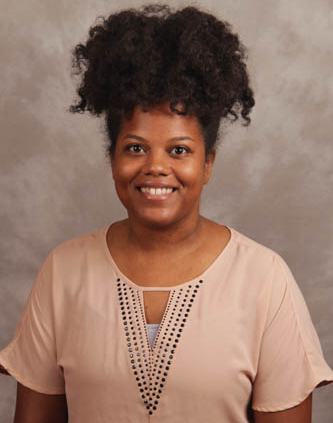 Jaronda is a native St. Louisian! She grew up in North City with her 5 siblings and amazing Mother. Growing up, Jaronda always wanted to be an actress or a doctor. Instead, she earned her Bachelors in Political Science from Truman State University (Go Dawgs!), because she realized her talents would be more beneficial to her community. After Truman, she attended the University of Kentucky where she earned her Masters in Public Administration. Now, Jaronda utilizes her talents as an Analyst at the Federal Reserve Bank of St. Louis. When she’s not at work, Jaronda is probably traveling or trying her hand at learning a new language, well, mostly just trying to keep up with her German and Italian.