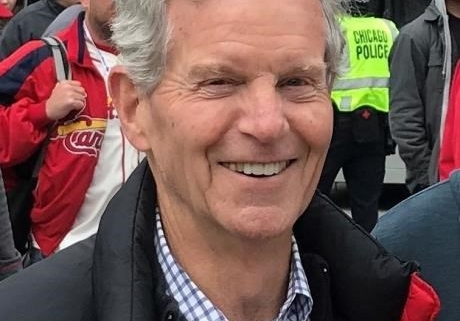 On February 26, 2020, longtime board member and former executive director of Rise, Peter Benoist, Sr., passed away. Peter was a great leader, a savvy businessman, and treated everyone he met as though they were special. One would always walk away from a conversation with Peter feeling uplifted. Peter will be greatly missed and our thoughts go out to his wife, Carol, and his loving family. The following is his obituary:

Peter was a longtime Executive in the banking industry in St. Louis and was the former president and CEO of Enterprise Financial Services Corporation and Enterprise Bank and Trust Company.

Peter was loved by many and will be greatly missed by all. Thank you!

Peter’s wife, Carol, would like to include Rise as part of the donations in remembrance of Peter. If you would like to donate, please click Here.